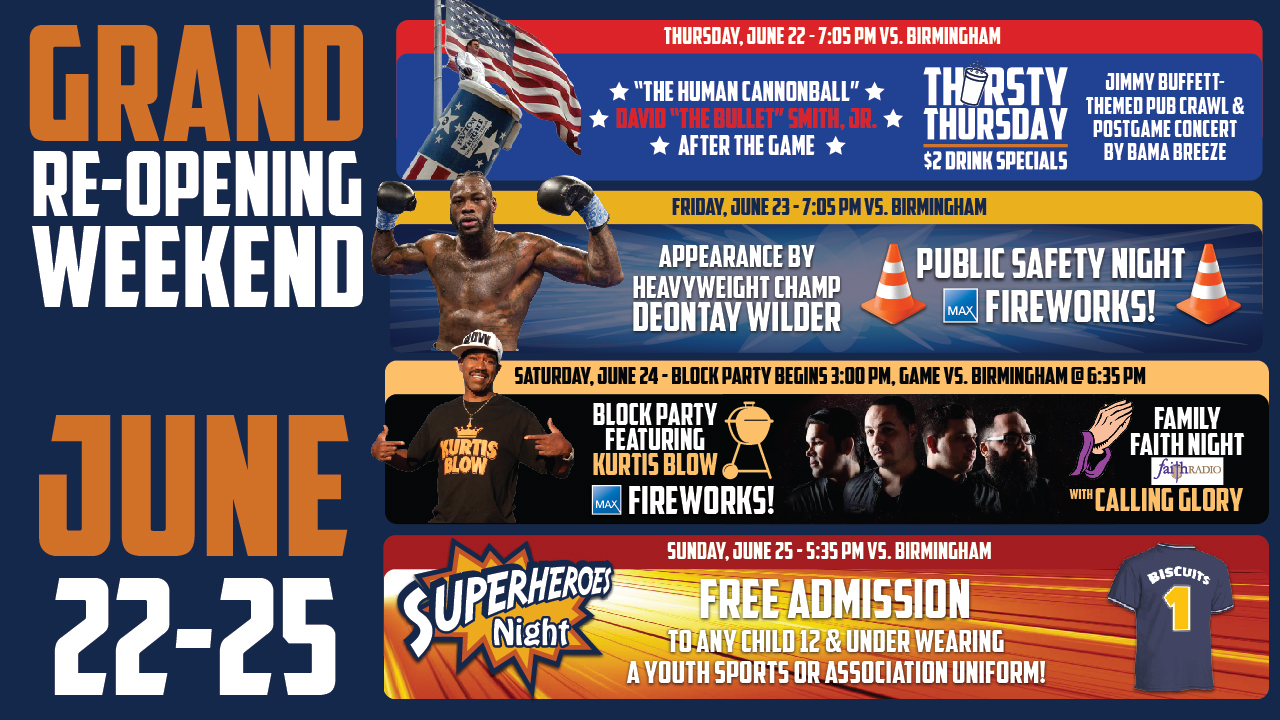 The Montgomery Biscuits new ownership group, led by Lou DiBella, is officially underway and they are celebrating their arrival in Montgomery with a BANG! From Thursday, June 22 thru Sunday, June 25, the Biscuits will be putting on 4 exciting shows for their fans as part of a Grand Re-Opening Weekend. 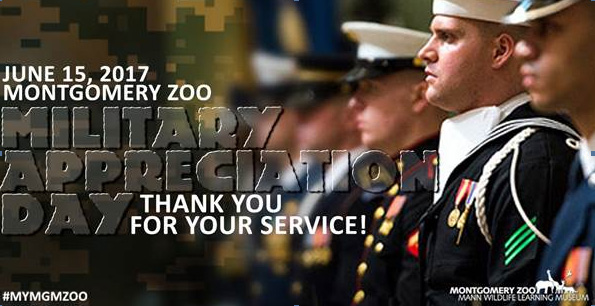 Military Appreciation Day at the Montgomery Zoo: FREE ADMISSION FOR ALL MILITARY PERSONNEL (RETIRED AND ACTIVE DUTY) AND THEIR DEPENDENT FAMILY MEMBERS. All military personnel and their dependent family members receive FREE admission to the Montgomery Zoo and Mann Wildlife Learning Museum. Food, drinks and refreshments are also provided. There will be speakers and presentations made from representatives of Maxwell Air Force Base, the City of Montgomery and the Montgomery Area Chamber of Commerce. Thank you for proudly serving and protecting our nation. Please provide valid military identification for entry.